Spend €49 and get Free Delivery

A Guide To Probiotics 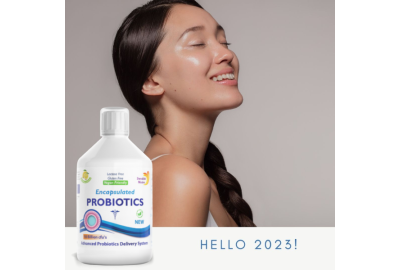 A GUIDE TO PROBIOTICS

Probiotics are live microorganisms, “good bacteria” that are very similar to the bacteria that is already in the body. It is a little known fact that there are more bacteria in the intestines than cells in the body. Not all bacteria in the body are good for you, and those, particularly with a bad diet, can have too much of the “bad bacteria.” However, supplementing with “good bacteria” can have positive health outcomes. Not all probiotics are the same, there are many types and within these types are different strains and they all work in different ways to have different effects on the body.

If you are suffering from Irritable Bowel Syndrome (IBS), Alflorex Precision Probiotic is a perfect choice. It contains the unique culture Bifidobacterium infantis 35624. It has been clinically tested and it has been proven to reduce abdominal discomfort, the passage of gas and bloating. While it occurs naturally in the human gut, boosting the numbers of this probiotic can really help ease the symptoms of IBS.

It has been shown that at least one-third of healthy people have Candida fungus in the mouth, intestine or vagina - normally it is harmless, however, sometimes it can change into an infection allowing for this to overgrow. This can happen when you feel run down, are suffering from stress, whilst taking antibiotics or when the immune system isn’t working as it should be. Bio-Kult Candea contains seven strains of “good bacteria” with added garlic and grapefruit extract - all of which are well known for their naturally powerful anti-fungal properties. The lactobacillus family of probiotics are perfect to aid the treating and prevention of fungal infections, specifically Bio-Kult Candea contains Lactobacillus casei PXN 37 and Lactobacillus acidophilus PXN 35. These probiotics have been shown to reach the area where the candida fungus is overgrowing and they can help restore the acidic environment and reduces the amount of the invasive fungus in that area.

Urinary tract infections - commonly known as “cystitis” have affected around 50% of women in Ireland, and more than 25% of these women have recurrent infections. Cystitis is usually caused by the overgrowth of E. Coli which originate in the digestive system or vagina. Bio-Kult Pro-Cyan is a triple action formulation which contains Lactobacillus acidophilus PXN 35 and Lactobacillus plantarum PXN 47 together with cranberry extract and vitamin A. This combination contributes to the normal function of the immune system and maintaining the mucous membrane which can be found along the urinary tract. These probiotics also reduce the number of bacteria moving up from the intestines and preventing bacteria from colonising and surviving in the urinary tract. It also has been shown that this product can reduce symptoms of cystitis, such as pain and discomfort and also prevent recurrent infections.

Zenflore is a precision probiotic which contains the unique Bifidobacterium Serenitas 1714 culture. This is a naturally occurring bifidobacterium and is part of the family of bacteria given by the mother to her baby at birth. This probiotic can support the mind and body during busy and demanding times. It has been scientifically studied and has been shown to reduce stress and fatigue whilst also aiding mental performance. Zenflore also contains selected B vitamins and minerals which contribute to normal psychological function and the reduction of tiredness and fatigue.

It is widely known that probiotics can boost your immune system, however, the specific strains in Optibac For Everyday can provide a defence against cold and flu viruses by activating the body’s own immune response. The probiotic strains in Optibac for Everyday, specifically Lactococcus lactis, Lactobacillus rhamnosus and Lactobacillus rhamnosus have been shown to reduce the risk of respiratory infections in enhancing the body’s defence by preventing these cold and flu viruses from entering the body, and may also increase the body’s immune response. The double action of these probiotics can not only reduce the severity of a cold or flu but may also reduce the likelihood of getting one in the first place!