We’re delighted to announce we are finalists in 5 categories at the upcoming Irish Pharmacy Awards - including Pharmacy Team of the Year and Group Community Pharmacist of the Year.

Community Pharmacy Team of the Year

The Hickey’s Pharmacy team in Finglas West have been selected as a finalist for Community Pharmacy Team of the Year. They are known and loved by the community they serve - for over 20 years they have provided a professional and caring pharmacy service to the people in their locality. The team embodies the culture of the Hickey’s organisation. During the recent snow, they managed to keep their store open to ensure customers medication needs were met. On their way home on each of the snow evenings they devised routes and personally delivered medication to some of their elderly and needy customers who were housebound. On one of the days, the team were unable to enter the store and instead they opened the nearby Hickeys Cappagh branch to ensure no one from their community was left without medication.

Group Community Pharmacist of the Year

Ivana Forsythe, Supervising Pharmacist of Hickey’s Pharmacy Harold’s Cross is a finalist for Group Community Pharmacist of the Year.

Our Harold’s Cross store has established itself in Dublin as a year round late-night pharmacy. As well as offering care to the community, Ivana ensures that all her staff are trained to offer extensive preventive care options to her patients through extensive health screening including BP monitoring, diabetes screening, rapid sore throat testing, flu vaccination, emergency contraception and more.

Last year Ivana was called out to an emergency involving a woman experiencing an anaphylactic reaction in a local pub. She reacted quickly, remaining calm and professional throughout, Ivana administered emergency medication, having to give the maximum of three adrenaline injections and stayed on the floor of the bathroom of a public house with the patient until the ambulance arrived 45 mins later. 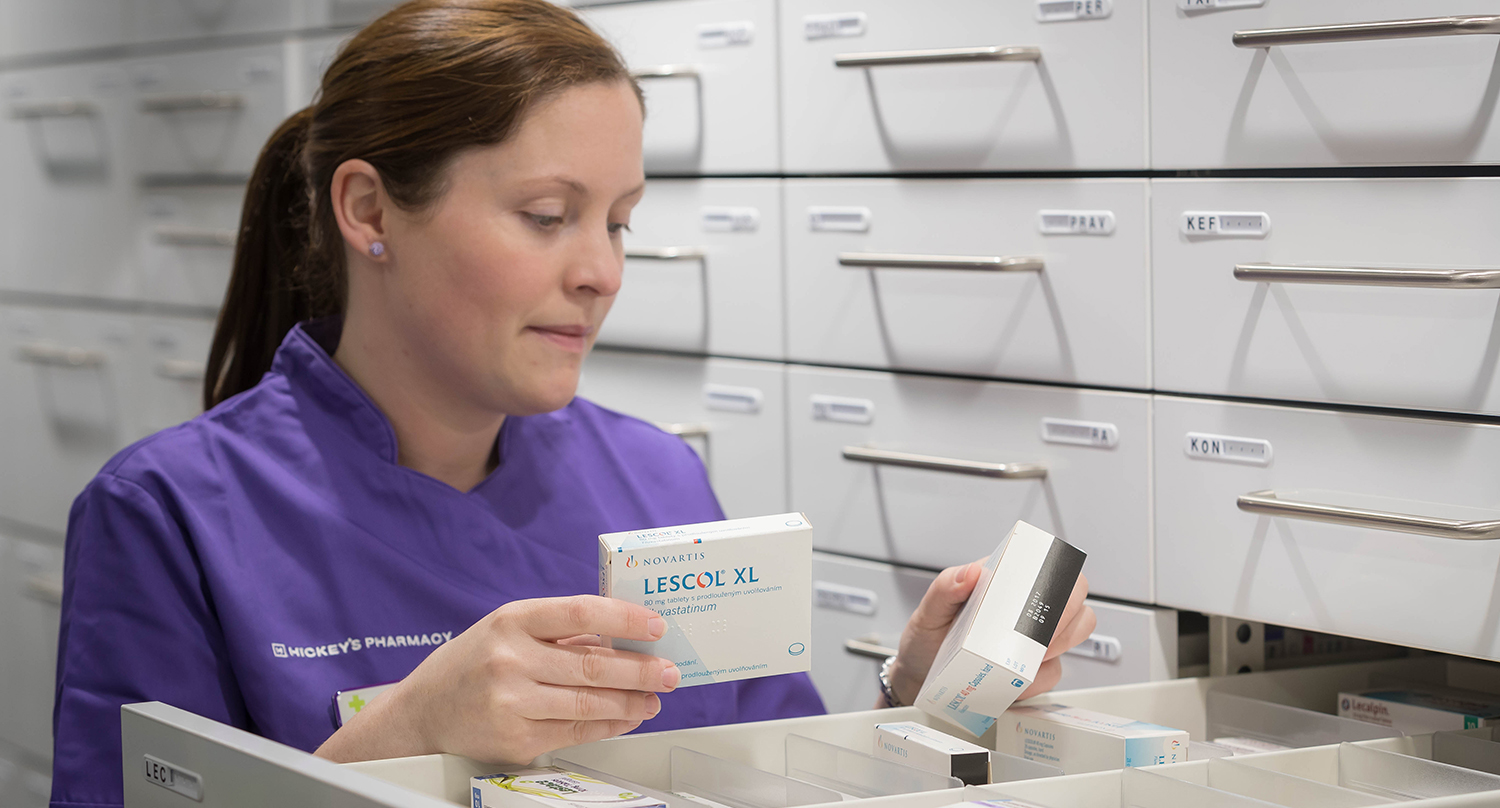 Community Pharmacy Technician of the Year

Our third finalist is Pamela Davin who works in Hickey’s Pharmacy Northside. Pamela is nominated for Community Pharmacy Technician of the Year category and has worked in our Northside store for the past 17 years. Throughout this time Pamela has continued to develop herself and adapt her skills to meet the increased demands required of pharmacy technicians. In addition to assisting with staff training, Pamela is competent in the delivery of a wide variety of clinical services.

Superintendent Pharmacist of the Year

Tom has achieved a lot over the last 12 months, introducing new services and initiatives such as partnering with Diabetes Ireland and DCU to research the effects of a diabetes training programme on patients with type 2 diabetes, launched a Sore Throat test service in stores and rolled out our StartRight Medication Service to stores.

Hickey’s Pharmacy are also a finalist in the Innovation & Service Development category for the Hickey’s StartRight Medication Service. The service is for patients who are on new or adjusted medication. Following an initial consultation with a pharmacist in store, the pharmacist will arrange a follow up phone call after one week. This service allows patients to ask any questions they have following a week on the medication and pharmacists can ensure the instructions given to the patient are being followed correctly.

Well done to all the teams and individuals – we’re extremely proud of everyone’s efforts. Best of luck to all at the Awards ceremony on the 12th May!

Back to All Posts